The final block has been set. Stein Henningsen is live at LIVE2017 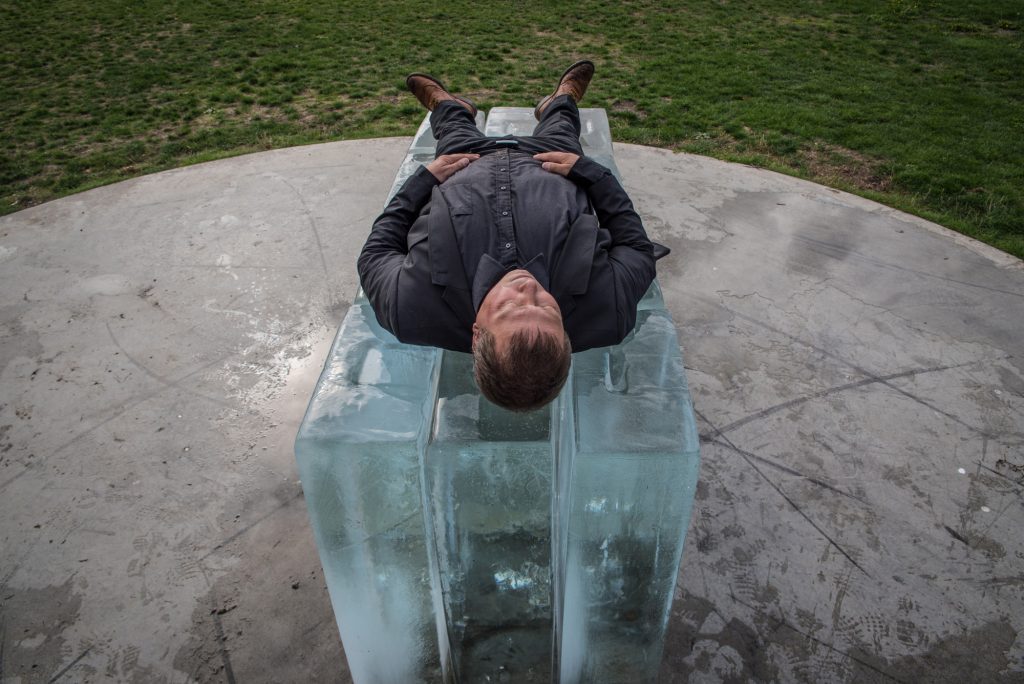 In the evening, VIVO Media Arts was packed.

Its the last night of #live2017. If you're not at VIVO Media Arts Centre, why not? 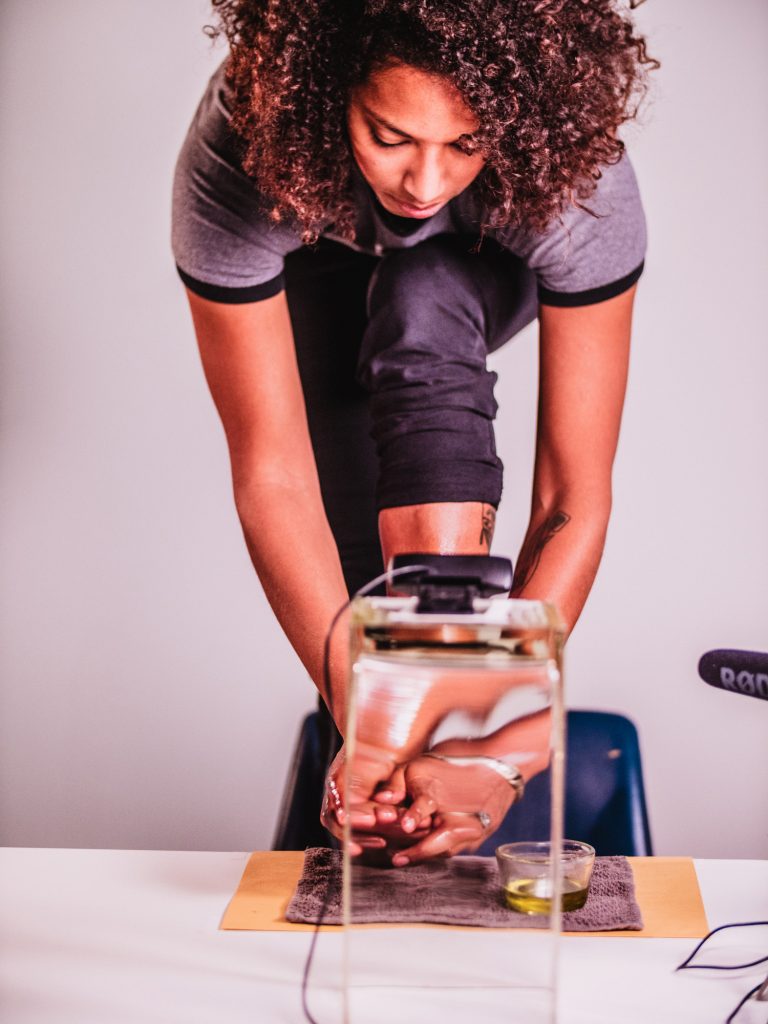 Jörn J. Burmester continued to build upon his three-day performance, bringing in new elements of material. 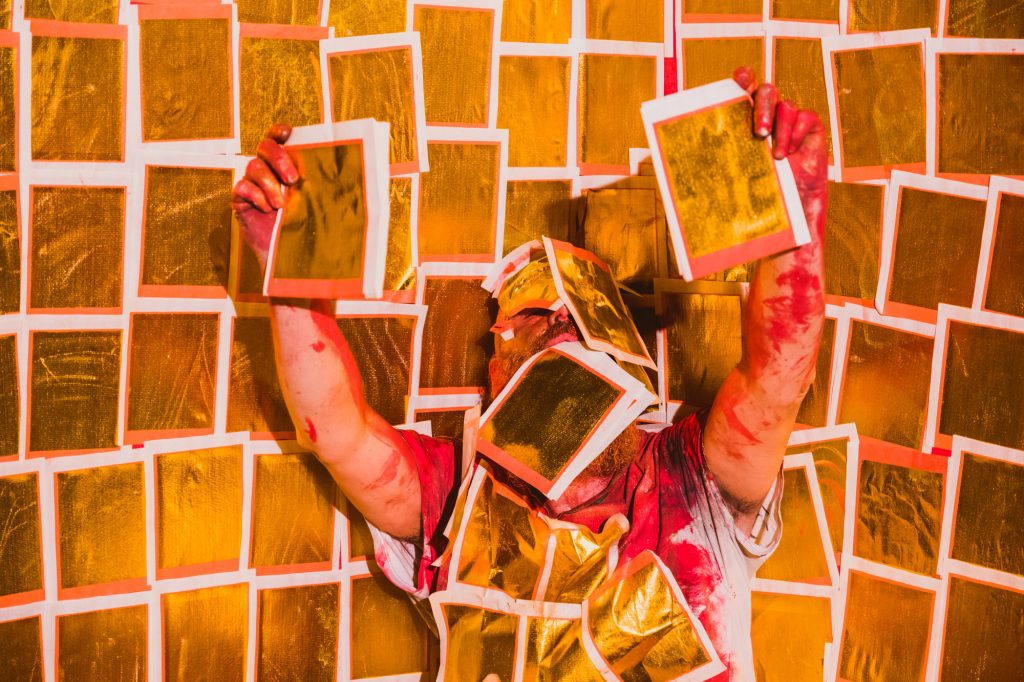 Praba Pilar – “The NO!!!BOT”
Respecting the artist’s request, no images nor video were streamed. The high quality photos that were captured will be vetted by the artist, and once approved, may be shared. Stay tuned.

To tease you, here are writer Adi Berardini:

Two phones for eyes and a mouth
Technological and phallic
Fleshy straps and futuristic
Fucking with the spectator like technology does subliminally with saturated screens
“Radon Exo, Exoskeleton…robotic suit…the soldiers’ uniform of the future”

She tapes the wrists of four audience members together
Sexualizing cornmeal, corn stalks and mazola corn oil
Asking a participant to pour them on her naked body

What are we about to see? Stay tuned, Genevieve et Matthieu are next! #pizzapizza #LIVE2017 #livebiennale #performanceart

An eclectic Pizza Delivery Guy and his Alchemist Wife
Wearing performative clothing like bibs and capes
among a bright orange, white and renaissance background

Genevieve et mattieu are about to go live!#live2017 on now

The dance the chant of the pizza. Genevieve et Matthieu are live at @vivomediaarts now! #LIVE2017 #livebiennale 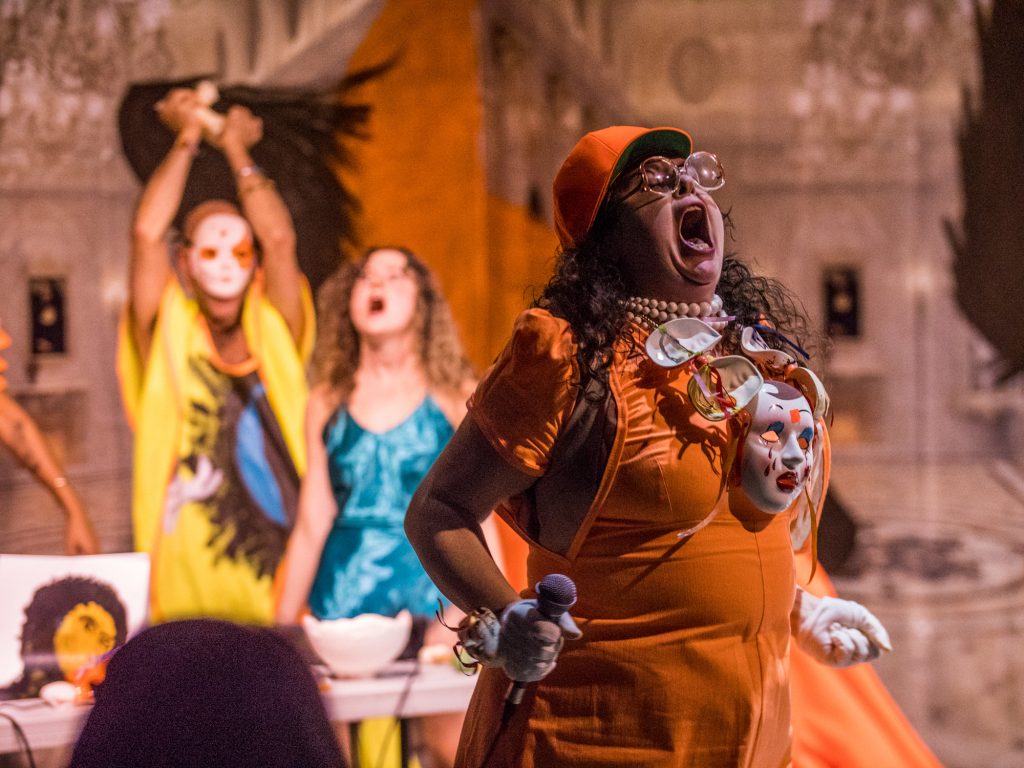 We were hungry. Then we ate all the pizza. Now lets dance.

Thank you everyone! That’s a wrap!

Thank you for everyone for making LIVE 2017 so special! All artists & curators for sharing great performances with us!…

LIVE2017 will continue to be alive. Look out for more photos, videos, and reflections on this year’s programming.

Download our 2017 brochure or pick one up anywhere LIVE is happening.