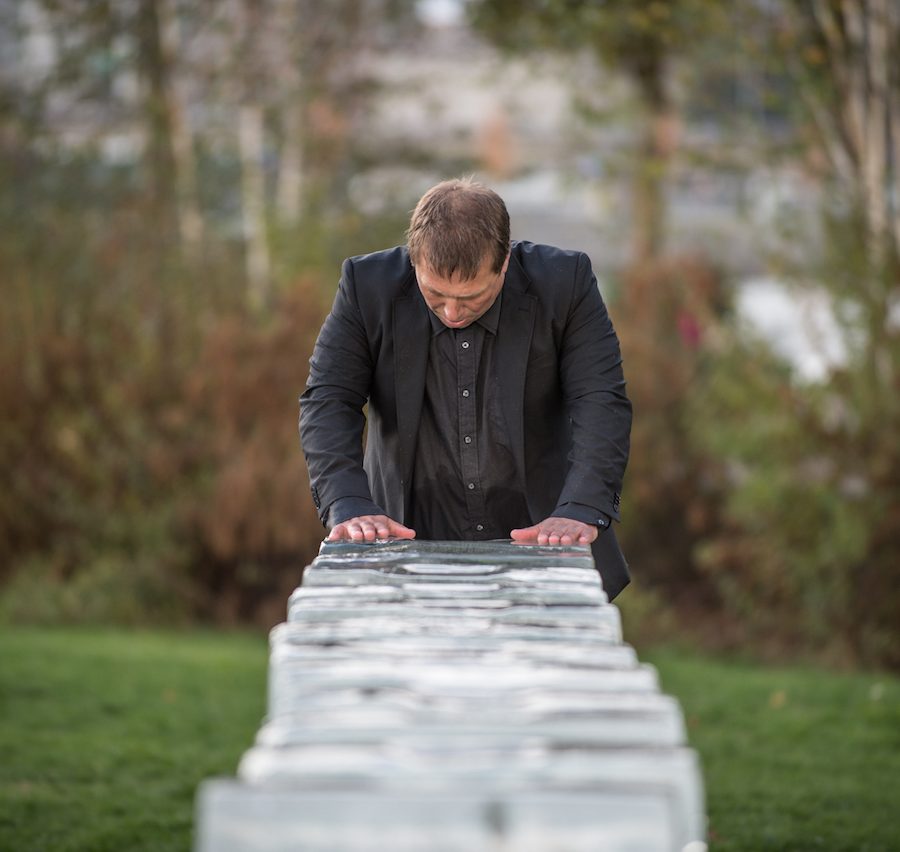 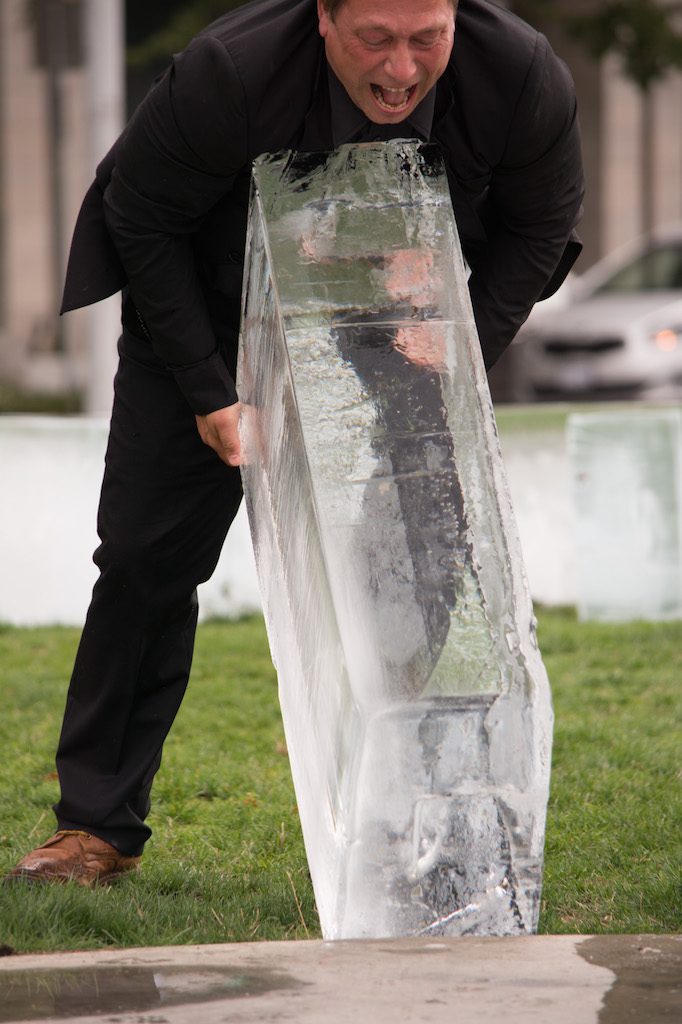 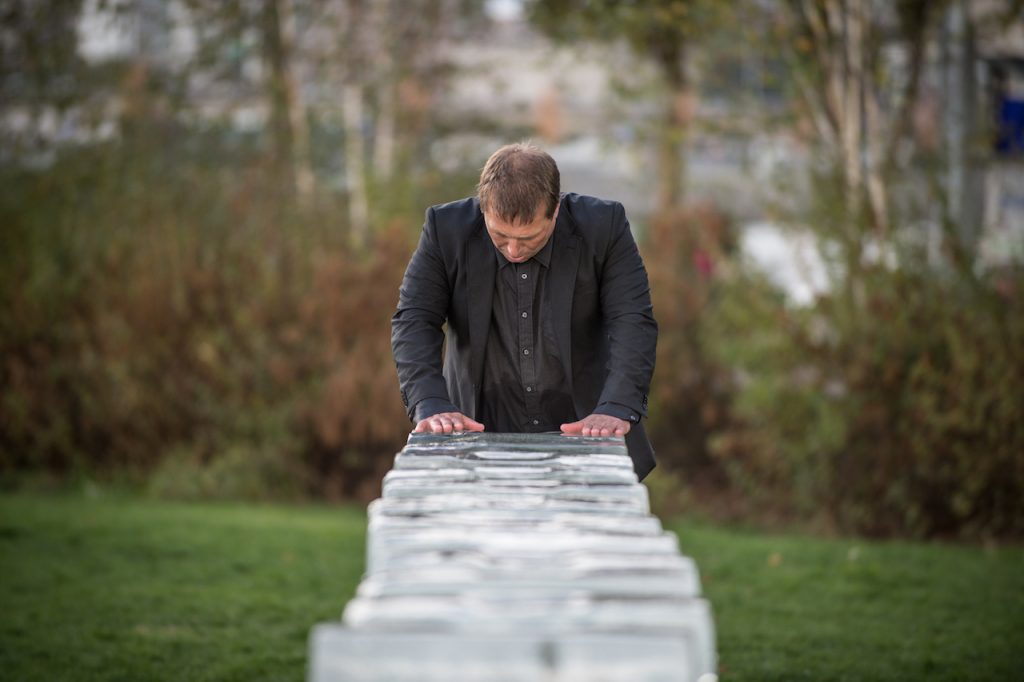 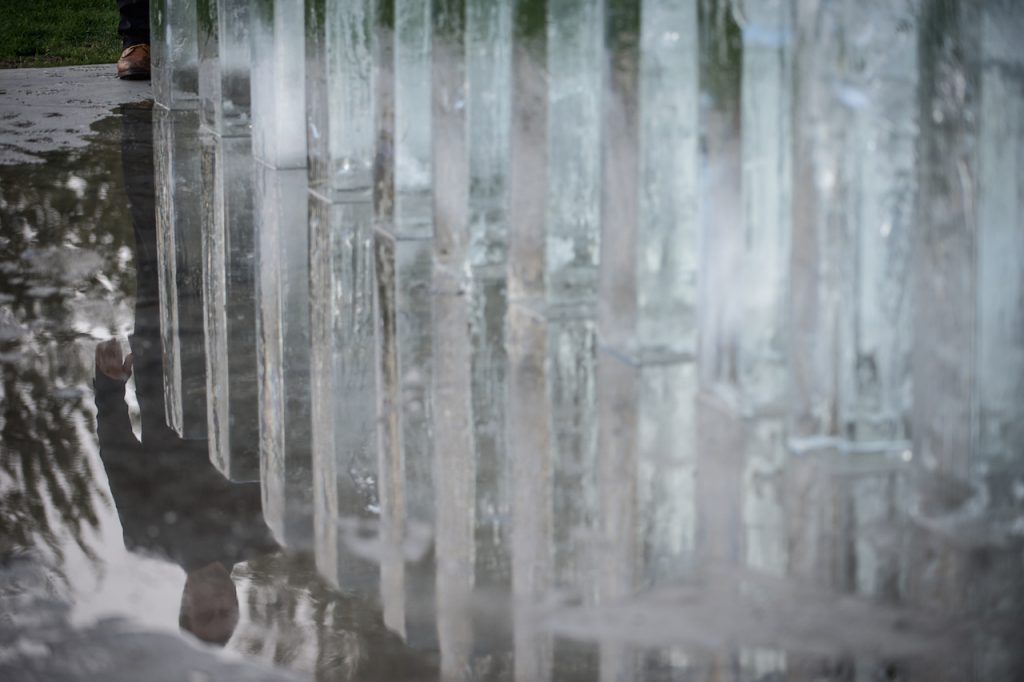 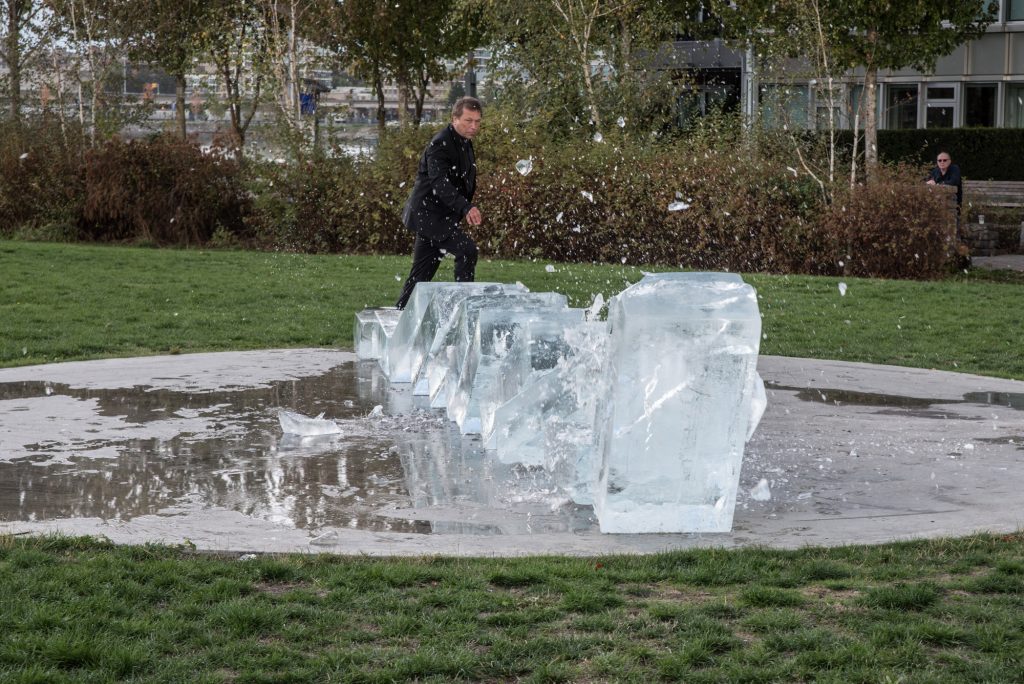 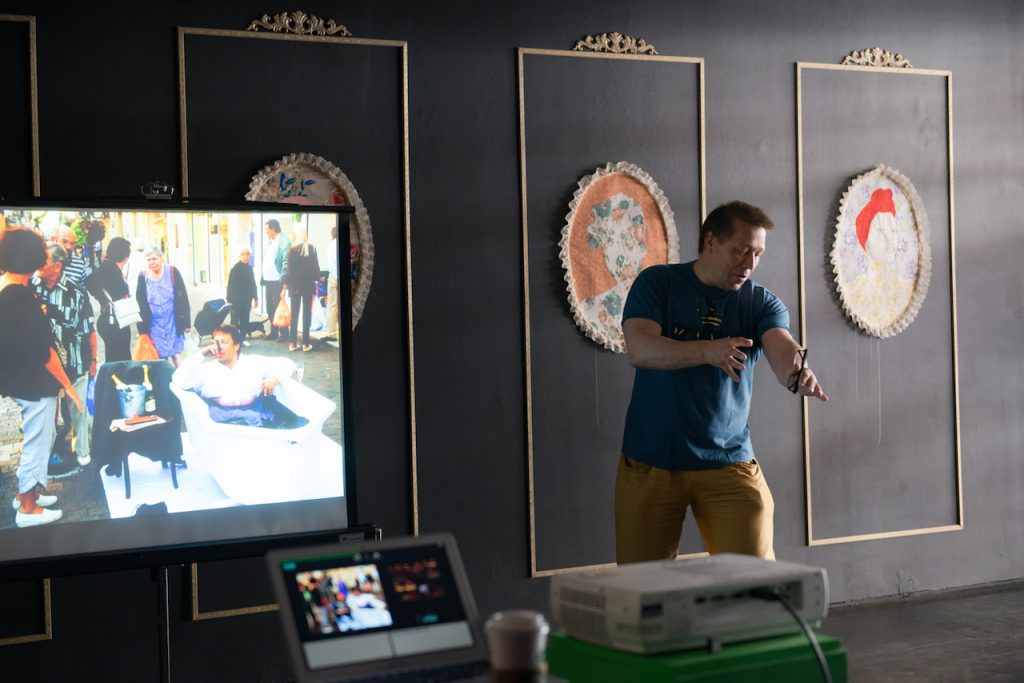 Stein Henningsen participated in an artist talk with Louise Liliefeldt, Tanya Doody, and Jackson 2bears at Pat’s Pub on October 4, 2017. 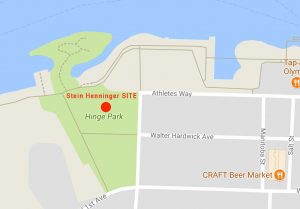 Stein Henningsen (b. 1962, lives and works in Svalbard) has presented his work at different biennials, festivals and events in Scandinavia, Europe, North America and Asia since 2005. This is the second time that he presents his work in Canada. His work comments on contemporary political, social, financial or climate issues, in a manner that often can provoke and disturb the viewer.

Henningsen grew up in the harsh island of Svalbard, close to the North Pole. A direct connection to nature, but also to life and death, that has surely influenced him in his artistic work. His first major work was produced in 2004, when he toured all over Europe presenting the performance and installation, Crosses of Liberty, a small cemetery with life-size crosses reproduced from the American cemetery in Normandy.

Henningsen has since continued to make works that deals with contemporary political issues. As the artist states, “contemporary society and the world we are living in is created on the values and choices of our mothers and fathers and earlier generations. We are all today creating the future of our children and of generations to come! Our choices run our lives…  Still we are probably more affected by the decisions we do not make.”

Henningsen is also the founder and curator of the performance festival Arctic Action (www.arcticaction.info  Arctic Action on FB), with its third edition this year.