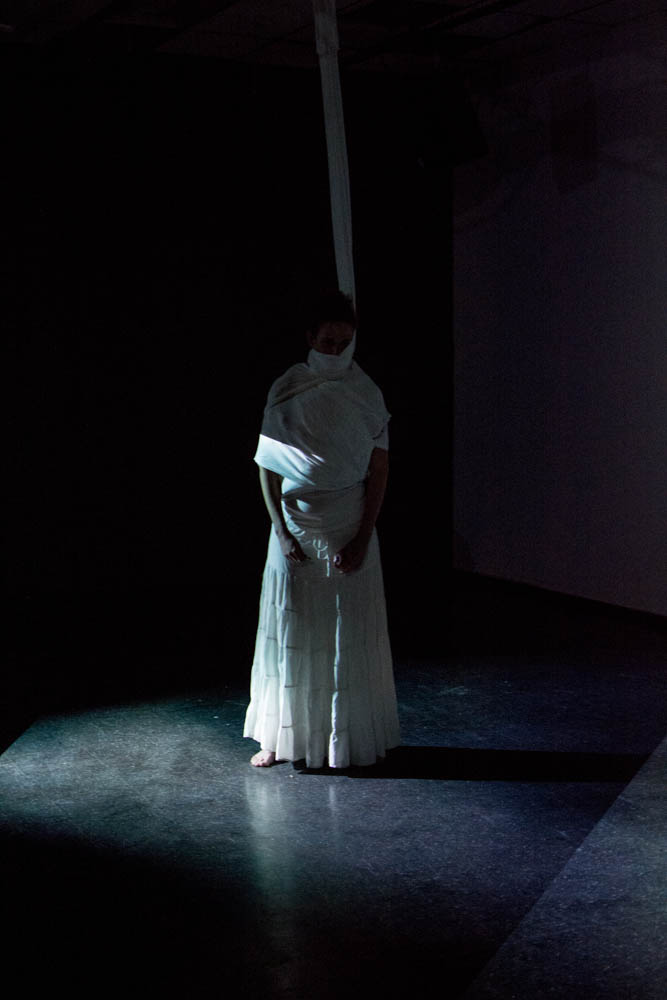 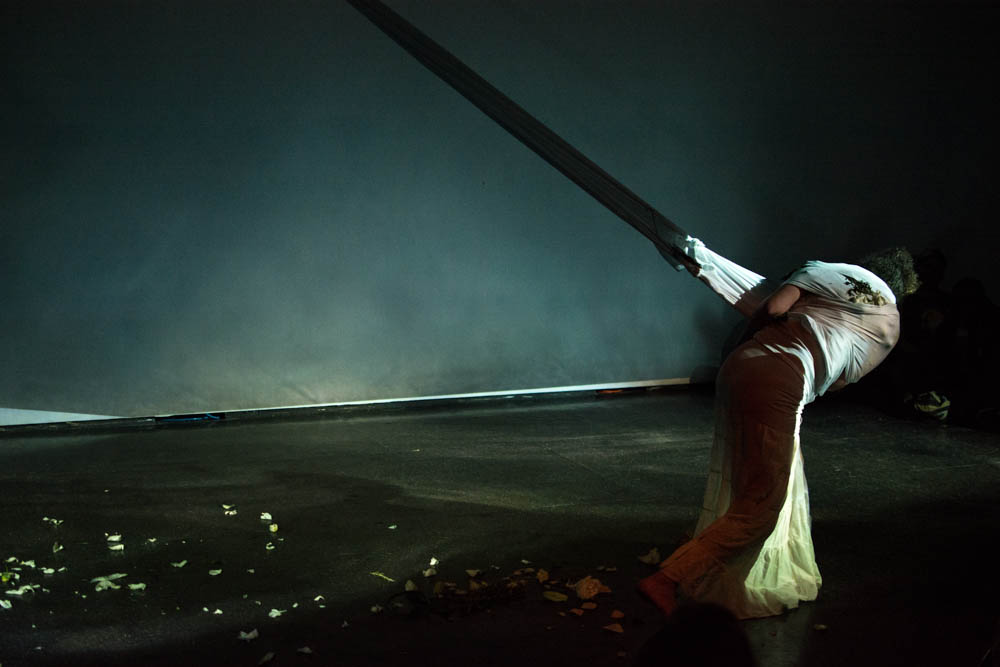 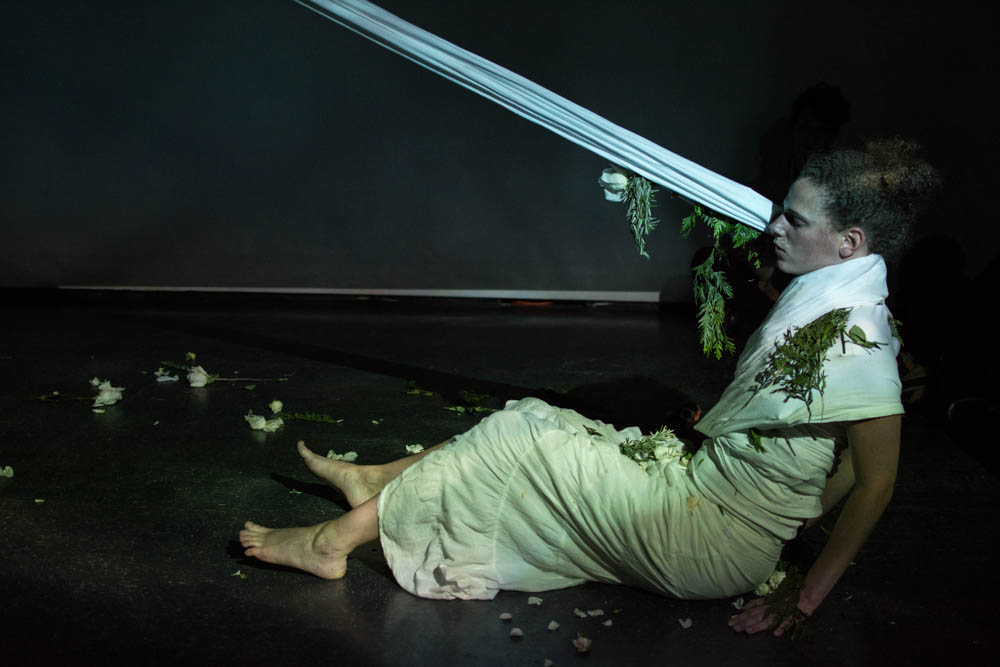 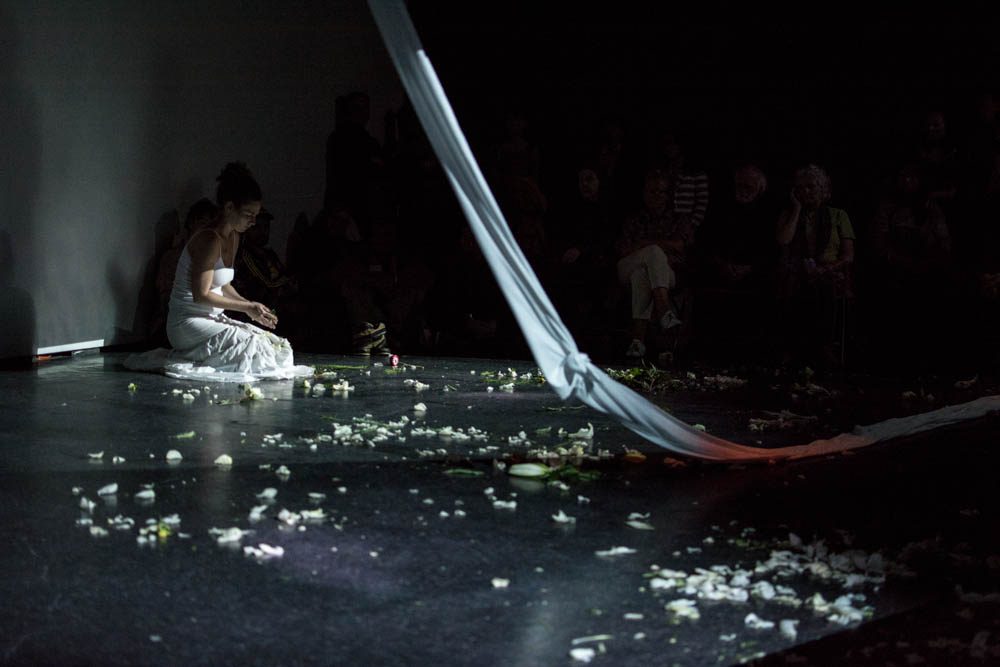 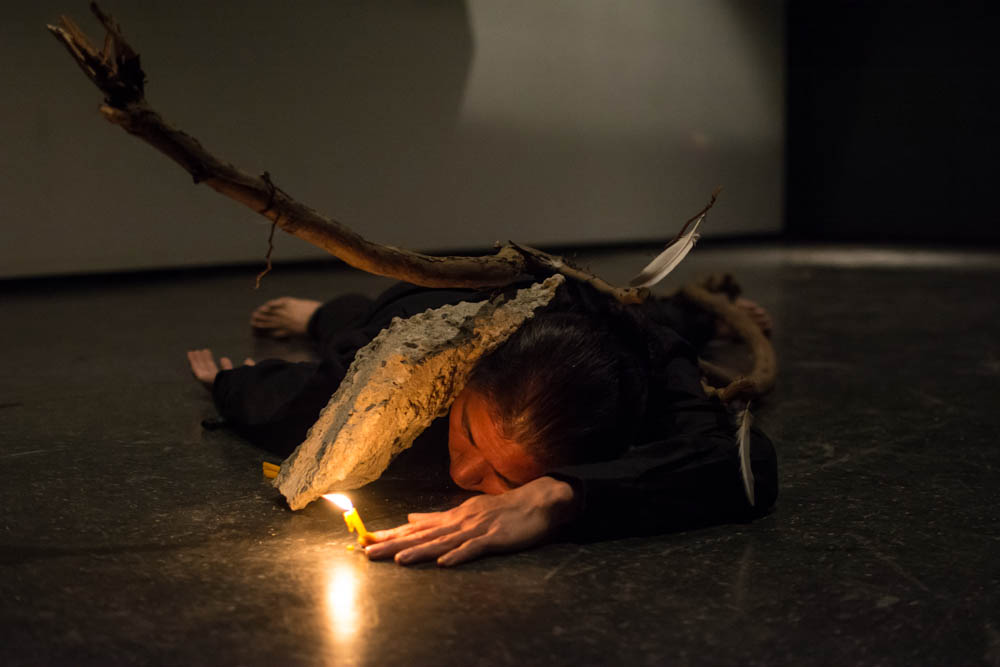 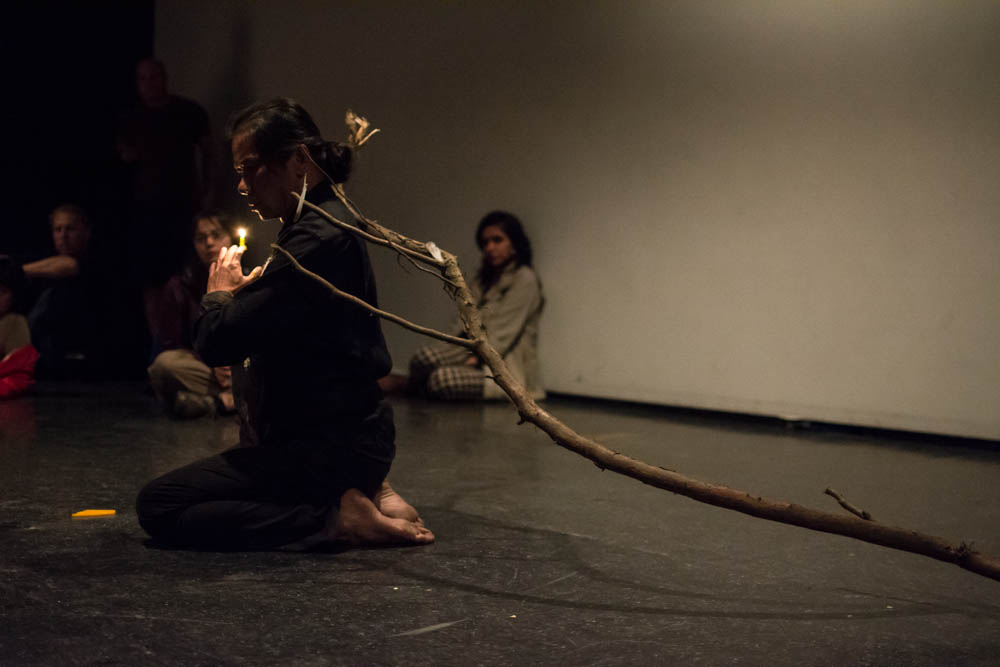 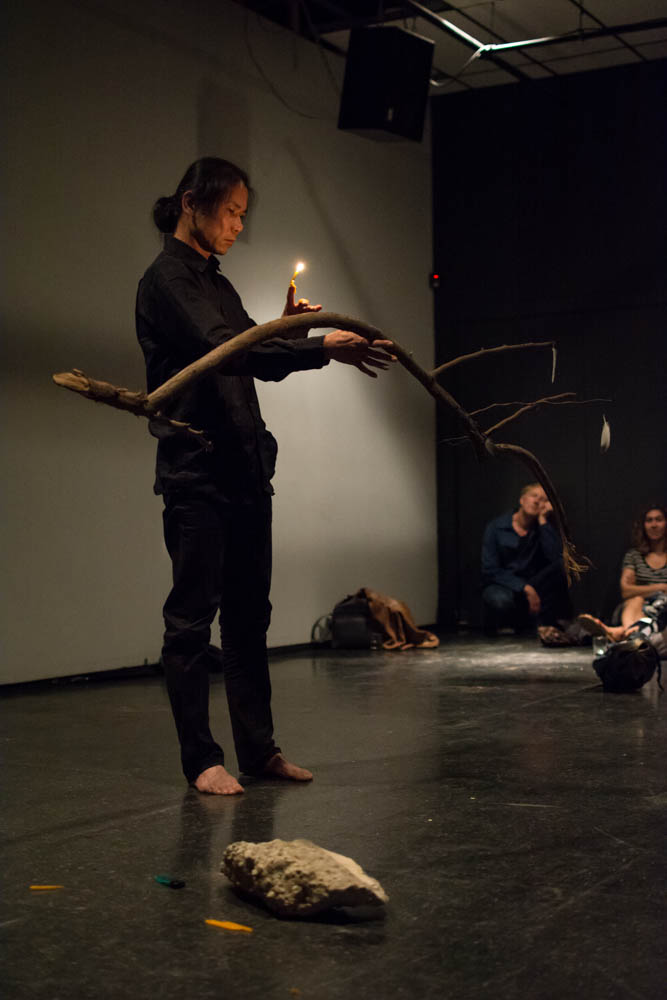 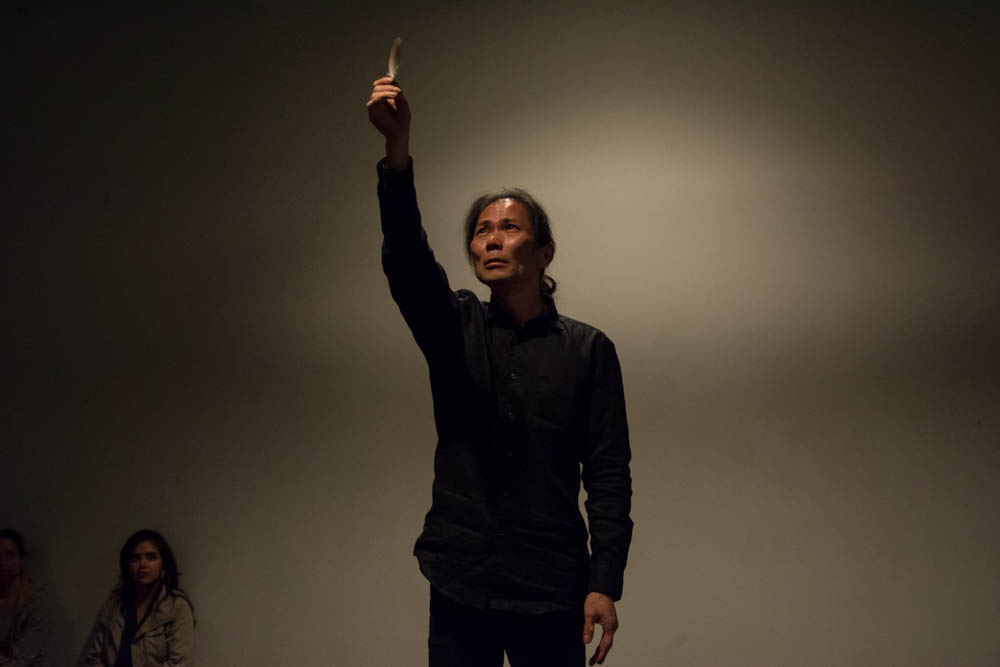 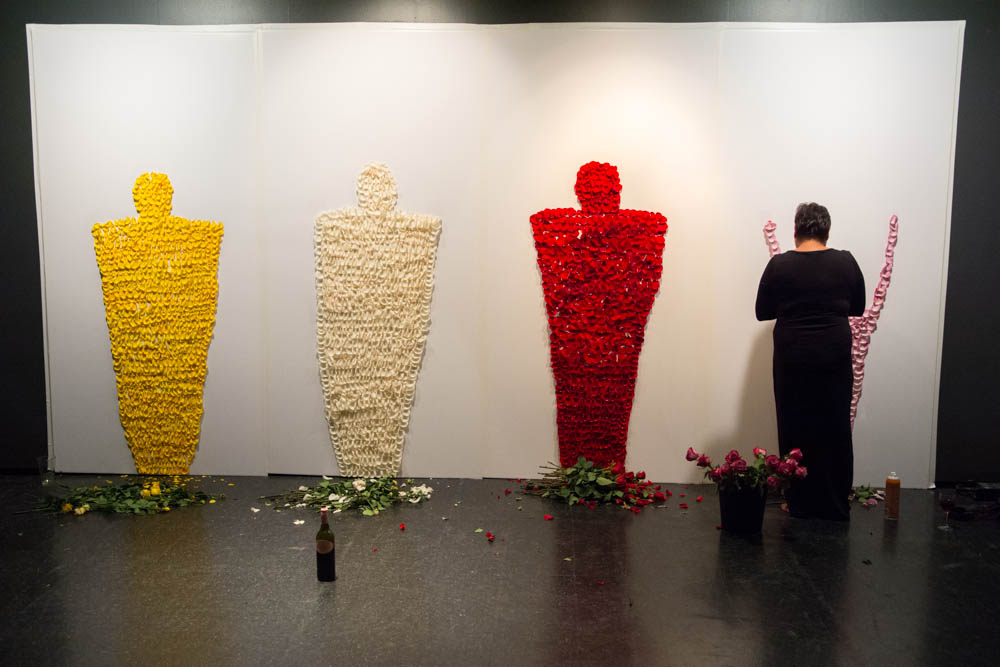 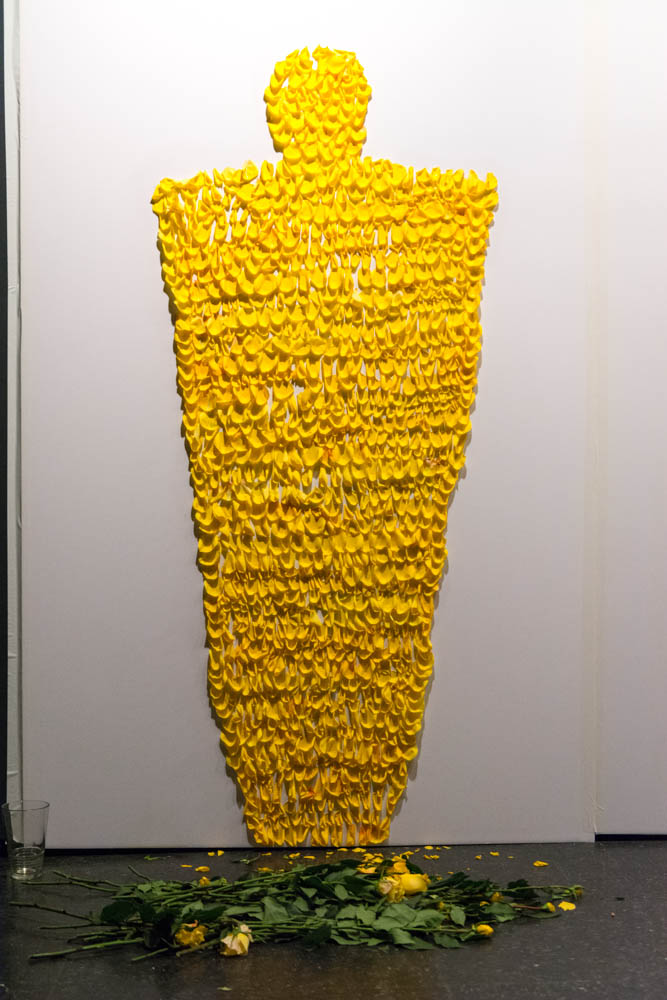 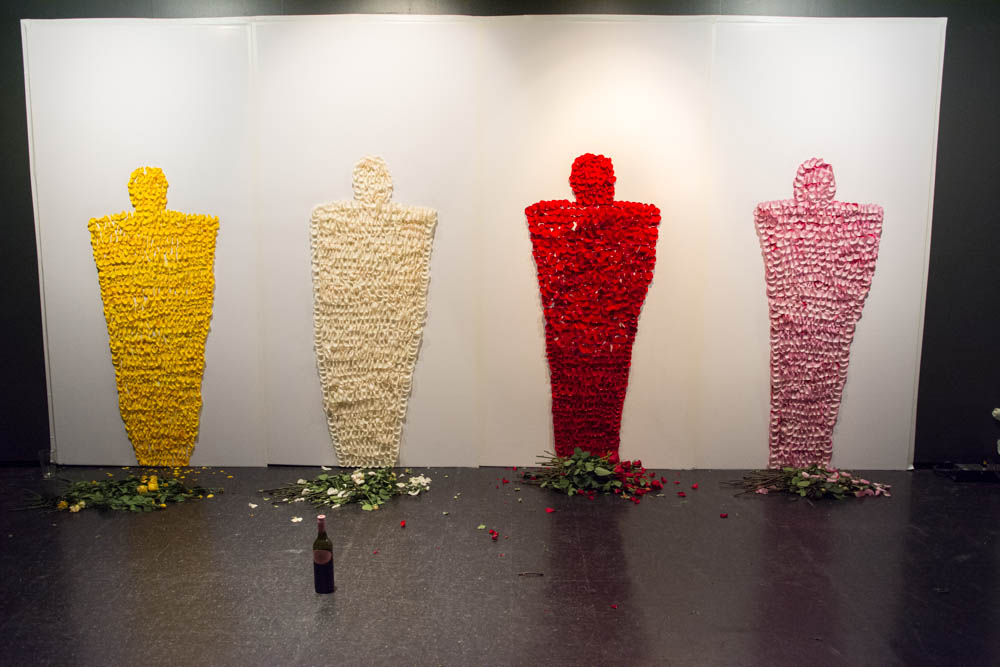 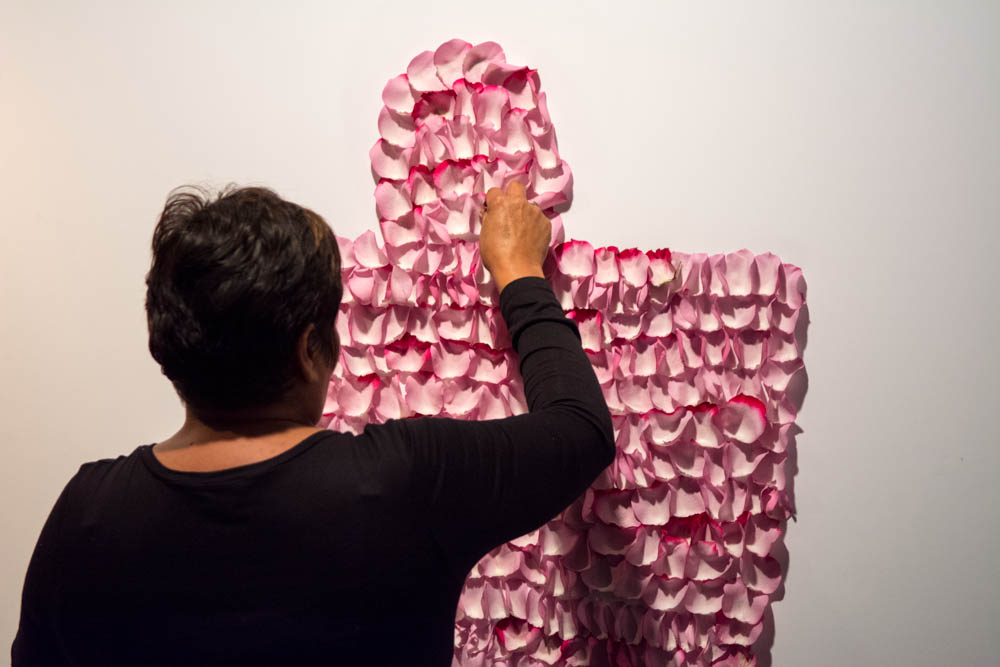 Jason Lim’s moving response to his visit to Vancouver.

On night three of the festival, the programming changed gears again. We’re no longer carefree youth joy-riding up East Hastings playing air guitar and singing along to our favorite pop tunes in our parent’s SUV, tonight we’re in a 16 wheel tractor trailer pulling a impossibly dense load of fissionable material, the diesel engine whines as we down-shift to gain traction on the rise up Main Street on our way to the Vivo Gallery. Our drivers, Christian Messier from Quebec City, Him Lo from Hong Kong and Warren Arcan from Galiano Island, have turned deadly serious, and intend to take us places–beautiful, violent and heartbreaking places.

Christian Messier started the evening with his slow construction of a single moment, a vision of evanescent beauty that captured the frailty and absurdity of the human project. Him Lo took us into the deep id as witnesses to the violent tectonic movements of familial relationships and crushing depression. Warren Arcan concluded the evening with a magisterial, urbane, droll and heartfelt exposition of love, in its carnal and spiritual forms.

Fistful by fistful Christian Messier covered himself with flour, first his shoes, then pants, shirt and finally his face and hair. He then took two large packages of clay from off stage. The first he unwrapped and slowly molded it into a pile on the floor, which he stepped onto. The second he placed on his flour dusted head. Handful by handful he continuously pulled the clay down onto his forehead and ears. Clods fell to earth at his feet.

As the mass of clay on his head grew smaller, a figure emerged. As he tore away the last clods of clay, it became apparent that this was a roughly carved figure of a human form, a fetish.

Christian held this small figure in his two hands at his chest and at that moment spewed a cloud of flour from his mouth. The white cloud of dust billowed and shone in the light, but only for a moment before it dissipated and fell to earth.
This beautiful fleeting shock concluded the piece.

After a 30-minute break, to clean up the mess and socialize in the Vivo lounge, we entered the gallery to the second set-up, the performance by Him Lo. In the centre of the gallery a large piece of canvas had been taped to the floor. From the ceiling hung a large painter’s drop cloth covered in the paint spills of dozens and dozens of jobs. On the canvas in the centre of the floor stood a jet-black man wearing dress pants, white shirt and tie. In his hands he held a mop and at his feet was an enameled bowl containing a white liquid that I later learned was glue.

The show started with the lights turned down. A series of simple pencil drawings were projected onto the cloth. A playback of Him Lo’s voice told us of “a man, a woman, a fusion, and a child”. The black man used the mop to cover the canvas with the glue. When he emptied the bowl of glue onto the canvas he tossed it aside and from the rear of the room an assistant tossed out a soccer ball.

Him began kicking the ball violently against the drop-cloth screen where the images of the family were projected. Again and again with a startling violence Him Lo kicked the ball toward the screen. Slipping in the glue covered canvas, and falling with such force I felt sure he’d snapped an ankle. This continued as the sound track spoke of the family, the family the family.

This continued to exhaustion. Him Lo concluded the piece telling us that the piece was dedicated to his father.

After a second break we came back to Warren Arcans’s performance. Warren introduced his piece with an informal presentation of himself. He felt it would be useful to present his “baseline” personality before the performance so that we could more easily determine the frontiers between the performance and life.

The scene was simple, a small table, a chair, a telephone and a cardboard box containing several props. As Warren started, an assistant picked up a boom mic and held it above him, as if in a film shoot. The sound picked-up was amplified to the room.

From his cardboard box Warren took a container of gravel and spilled it onto the table. He leaned close the small pile and began to address the rocks. He began to seduce them, speaking in the discourse reserved for new lovers, who in the most intimate of moments, as love blooms try to discover the other and expose to them their singularity.

The cardboard also held a skull of some long toothed beast and a plush toy, these and a real dog provided Warren a foil for his exposition of the facets of love. Desire, loss, jealousy. The objects, which become love-objects and Warren convinces us that he is speaking his heart to his small floppy-eared teddy.

Warren also talks directly to god, the prime mover ruminating as to why their love has failed; perhaps it’s a lack of trust.

The piece concludes with a phone call, presumably to a former love. Using the speakerphone, we understand that there is no one at the other end of the line only the occasional room noise responds to Warren’s heartbreaking realization that their love is no longer possible.

A dial tone indicates any further attempt at dialogue is useless and the piece ends.