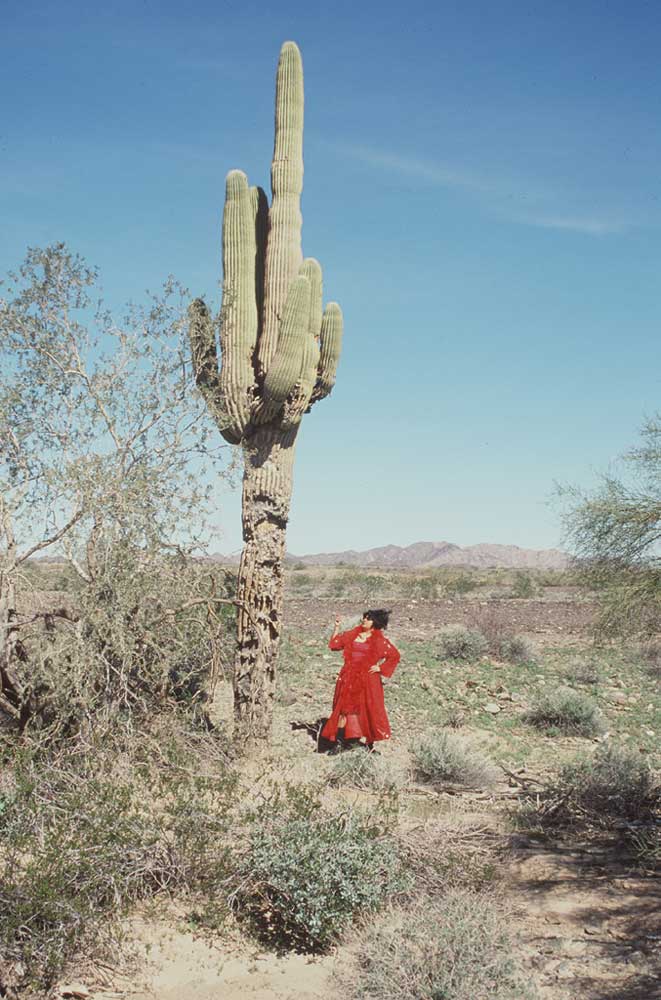 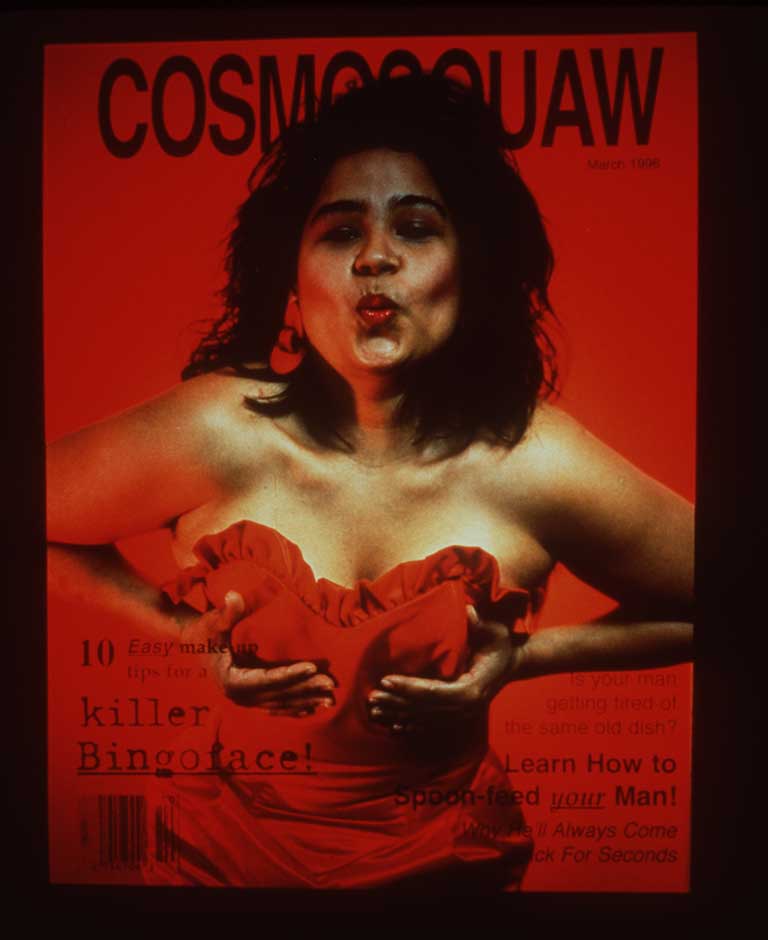 The image of the Indian Princess and of the Squaw have had significant impact upon the social perception of Indian women. These images serve as inspiration for Lori Blondeau’s work. Her practice explores the influence of popular media, as well as contemporary and historical culture, on Aboriginal self-identity, self-image, and self-definition. Blondeau is currently exploring the impact of colonization on traditional and contemporary roles and lifestyles of aboriginal women. The performance personas she creates refer to the damaging impact of colonialism and to the ironic pleasures of displacement and resistance. By humorously deconstructing the images of the Indian Princess and the Squaw and reconstructing an image of absurdity, she inserts cultural hybrids into the mainstream.

Lori Blondeau is a Cree/Saulteaux/Metis artist originally from Saskatchewan. She has sat on the Advisory Panel for Visual Arts for the Canada Council for the Arts and is a co-founder and current director of TRIBE, a Canadian Aboriginal arts organization. Her contemporary art practice encompasses both visual and performance art.