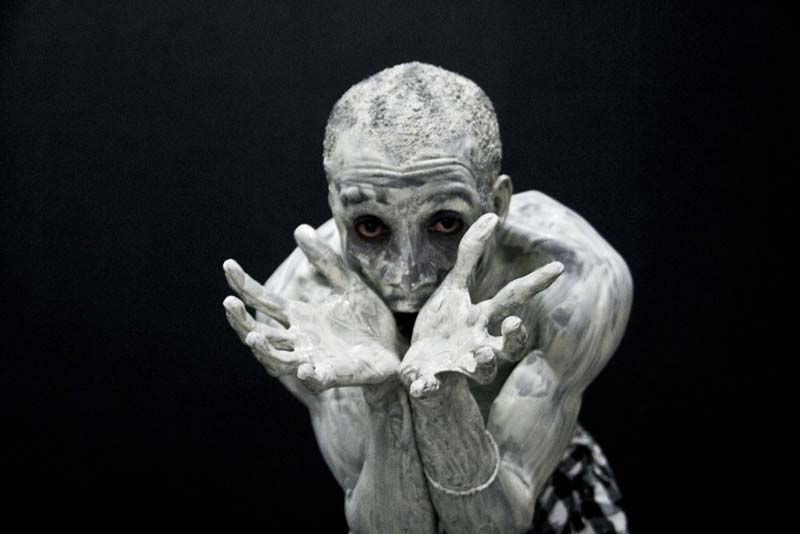 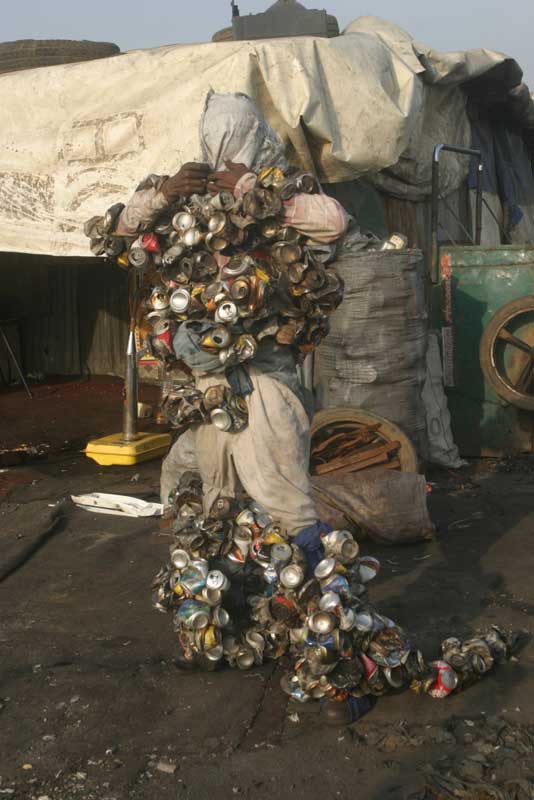 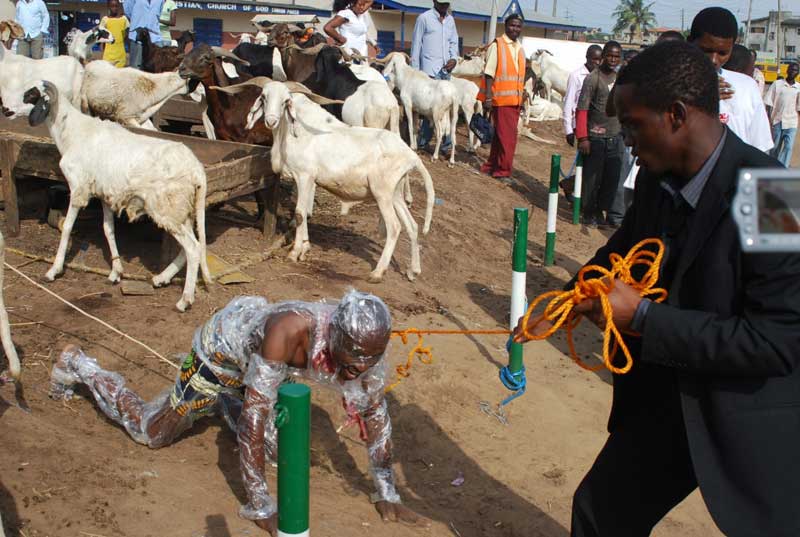 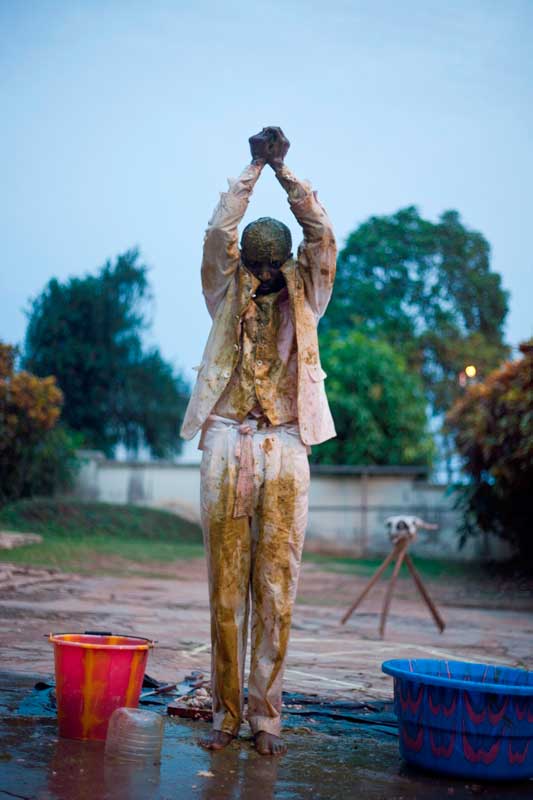 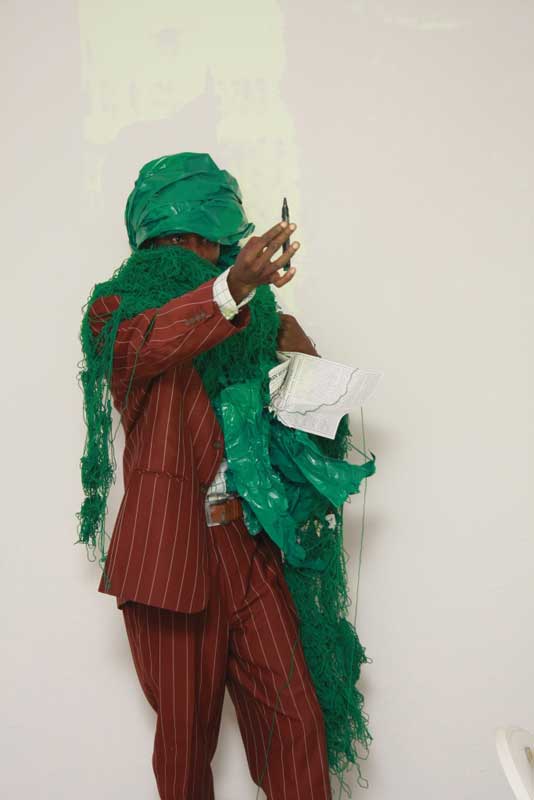 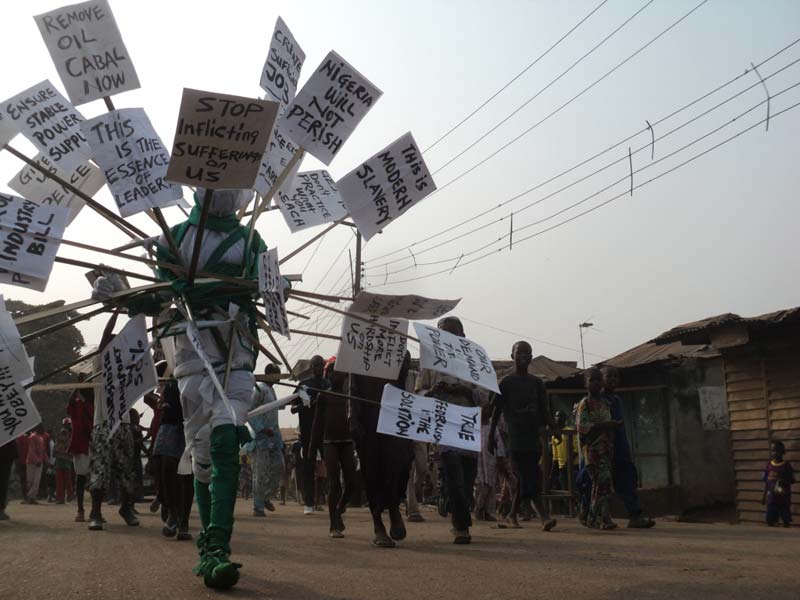 Jelili Olorunfunmi Atiku was born into royal lineage on September 27, 1968 in the ancient town of Ejigbo, Lagos State, Nigeria. Calling himself a ‘human rights artist’, his sculptures and performances are devoted to the advocacy of human rights, social justice, and egalitarian political practices. His performance “Shadows in the Dark” at the National Museum (Onikan, Lagos, 2004) and sculpture installation “Ewawo: The Awaiting Trial Persons” (Lagos, 2005) both campaign for Nigerian penal and prison reform. His sculpture installation “Free the Press” was presented as an exhibition at the Committee for Relevant Art’s 8th Book and Art Festival (2006). Recently he staged “Stop The Killings” at Ahmadu Bello University in Zaria, Lagos State House of Assembly, and Ejigbo Police Divisional Headquarters in Lagos to demonstrate against extra judicial killings, especially political killings in Nigeria. The performance piece “The Refugees” was presented at All Nigeria University Research Fair (2008), while “Peace, Peace & Peace” and “Red or White?” were presented at the United Nations Information Centre (2008). Atiku has also participated in many group exhibitions and art workshops, including Standing Against Poverty at the United Nations Information Centre (Lagos, 2007), Art Against Poverty at the 9th Book and Art Festival (2007), and End Poverty Now at Lagos State House of Assembly (2007).

He holds degrees in visual art from the Ahmadu Bello University in Zaria and the University of Lagos in Akoka, Lagos and is the founder and chief coordinator of the Advocate for Human Rights Through Arts (AHRA), president of the Movement for Creative Drawing, and secretary for the Police Community Relations Committee, Ejigbo Chapter, Lagos State. Nigeria.